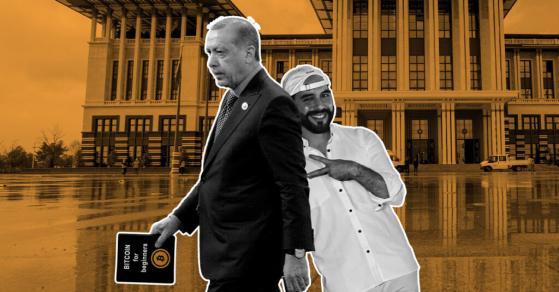 El Salvador is planning to raise $1 billion in Bitcoin bonds this year, and according to WSJ, “analysts expect Mr. Bukele to advocate for the use of crypto during the meeting, which comes during a period of turbulence in the Turkish economy.”

Turkey currently suffers from inflation and currency crisis. The Turkish lira lost 40% of its value against the dollar in the past year marking financial instability in the country. This led to Turks becoming highly interested and invested in cryptocurrencies. However, the meeting of Bukele and Erdogan doesn’t exclusively involve cryptocurrencies.

“El Salvador has explored opportunities for Turkish firms to invest in El Salvador, specifically in energy and tourism, setting out the advantages of the coastal strategy known as Surf City,” the Salvadoran government said in a statement, as reported by Reuters.

The meeting between two country leaders takes place between Thursday and Friday, although Twitter (NYSE:TWTR) users have already been writing rumors about Turkey buying over $152 million worth of Bitcoin.