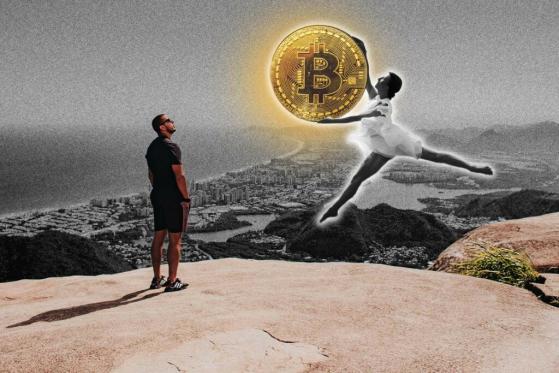 The mayor of Rio de Janeiro, Eduardo Paes, said that he will allocate 1% of the city’s funds in the purchase of bitcoins. The announcement was made by Paes during a conference with Miami Mayor Francis Suarez, another cryptocurrency enthusiast.

“We are going to launch Crypto Rio and invest 1% of the Treasury in bitcoin,” said Paes, 52, a member of the Brazilian Social Democratic Party, cryptopotato.com reported, presenting his plans for this year during Rio Innovation Week.

Rio will thus become the first city in the country to buy and adopt Bitcoin as a store of value. The mayor of Rio wants to follow in the footsteps of Suarez in Miami, who has been working to turn the American city into a major cryptocurrency hub.

Paes praised the mayor of Miami, saying that he, too, is seeking to make Rio one of the main hubs for trading digital assets.

“Rio de Janeiro has everything it takes to become the tech capital of South America. Events like the Rio Innovation Week come to strengthen the city’s image as the perfect place to work, live, and innovate”, said Paes.

To promote cryptocurrency trading, in addition to the investment that the city will make, the mayor’s office will offer a 10% discount on municipal taxes to those who pay with bitcoins instead of US dollars.

Something similar was said last year by the mayor of Miami, suggesting that he will allow taxpayers to pay taxes in cryptocurrencies. Both Suarez and New York Mayor Erick Adams want to receive their salaries in BTC and have big plans for their respective cities related to the crypto industry.

Enthusiasm for Bitcoin has been growing across the country. A survey published in September last year by the firm Sherlock Communications showed that almost half of Brazilians want Bitcoin to be legal tender.

In a bill presented to Congress by legislator Luiz Goularte Alves in November 2021, it is proposed to pay public and private workers a part of their salary in bitcoins.

Of course, to make the bill viable, it is indicated that employers must also agree to the form of payment.