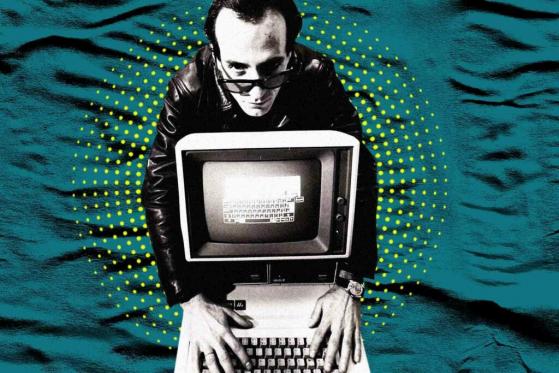 This long-awaited feature sets the stage for an explosion of advanced DeFi applications on the Internet Computer blockchain, by expanding support for all canister smart contracts to be able to hold and transfer ICP tokens.

“The Internet Computer blockchain is the only blockchain that truly scales, runs efficiently at web speed, and where smart contracts can serve web experiences directly to end users without the need for other services, such as cloud computing, which provides much stronger censorship resistance. Now the community has adopted this proposal, and the Network Nervous System DAO has upgraded the network, canister smart contracts on the Internet Computer have become able to hold and transfer ICP tokens for the first time, providing for the development of a new generation of DeFi, and the blending of DeFi with social media and games functionality in the form of SocialFi and GameFi, forging the path towards billions of end users.” Legacy blockchains perform disruptive, divisive “hard forks” or require centralized coordination by its validators to upgrade their protocols. Due to Chain Key cryptography and breakthroughs in computer science, the Internet Computer is the only public blockchain that allows its community of token holders to vote on governance proposals, and the ICP protocol automatically upgrades itself via the Network Nervous System (NNS), a super-advanced DAO.

The ICP transferability upgrade has been eagerly awaited by Internet Computer developers. At a basic level, a dapp such as OpenChat, a decentralized version of WhatsApp, will soon be able to allow users to send ICP tokens to one another via instant messages. Because smart contracts on the Internet Computer run at web speed and can serve web experiences directly to users, this functionality also heralds the advent of decentralized exchanges that run entirely on a blockchain, without the need for cloud nodes to process trades or create the front-end for users. Imagine Uniswap running completely on-chain. A community developer recently unveiled a Uniswap front end on the Internet Computer, showing how conventional DeFi solutions can fully run on blockchain technology.

"The Internet Computer is the world's fastest public blockchain at 250,000 queries per second and 11,500 transactions per second, which is over 11 times faster than Solana. The ICP transferability upgrade has been a high priority feature needed by entrepreneurs and developers to activate DeFi, and after the community adopted the code, the Internet Computer automatically upgraded itself — no hard forks or disruptions to operations. The possibilities are endless when you combine the fastest blockchain with advanced DeFi capabilities. For ORIGYN, the Internet Computer's advanced technology matches our massive ambitions and AI-based technology to authenticate every luxury good, art, and NFTs on a sovereign blockchain — and in doing so, eliminate counterfeiting as we know it." The execution of this feature is also an important step towards the implementation of dapp tokenization on the Internet Computer. An upgrade proposal for the critical Service Nervous System (SNS) feature is already under discussion within the community. DFINITY is also currently working on directly integrating the Internet Computer with the Bitcoin network, which will leverage the combined strength of Bitcoin as the world’s digital gold reserve and the Internet Computer as a platform for securely and efficiently executing smart contracts.

The Internet Computer has attracted thousands of developers, and hundreds of thousands of users of its dapps, within just a few months of its launch in May 2021.

Hundreds of projects are already up and running with users on the Internet Computer, including DeFi, DAOs, SocialFi, GameFi, and NFT projects.

“This upgrade to allow canisters to transfer ICP is significant for the Internet Computer ecosystem because decentralized exchanges on the Internet Computer can now spin up liquidity pools to convert ICP to other Internet Computer-based tokens, and NFT projects can securely launch on their own websites — opposed to NFT marketplaces. The impact of this upgrade is enormous, and with these newfound advanced capabilities for DEXs and NFTs alone, I expect hundreds of new ways to invest ICP over the next few weeks," said Bob Bodily, Chief Product Officer at Toniq Labs.

"For Toniq Labs, the ICP transferability upgrade allows us to (1) perform secure NFT auctions on our Entrepot marketplace, (2) enable bidding on NFTs that aren't even listed on our marketplace, and (3) release our NFT minting and marketplace APIs to enable developers to use our services in their own decentralized applications." This week, the Internet Computer blockchain surpassed 345M blocks, which have been added since mainnet launch less than 7 months ago. It also recently reached a record high of 28.13 blocks per second, by far the highest throughput in blockchain. While this number reflects how the Internet Computer has already scaled to provide vast capacity, throughput is expected to scale beyond 100 blocks per second early in 2022.